I have tentatively made  a return to the project of walking the city of Adelaide with a hand held camera. This project  has been tentatively put on the backburner for some time.  Walking the city with a large format camera  and  a heavy tripod  has definitely been placed on the back burner.

This recent experience  persuaded me to think about  picking it up.  I briefly looked at the archives. I  decided  that it would make a good  break from sitting in front of the computer working on the text for The Bowden Archives and Industrial Modernity  book.  Then I realized that the Walking Adelaide  project, which is about urban psychogeography,  could be interpreted  as building upon  this body of photographs from the 1980s, which form the third section of The Bowden Archives.   There are a lot of photos  from the time when we lived in the CBD, but I am unsure how to conceptually organise them into a book project. That is why this project has been on the back burner with only a blog as its public face.

So off I went on a tentative foray to Adelaide's  CBD last Thursday (7th October). Below is  a cafe in Hindmarsh Square next to the old central office of SA Health. This cafe used to be quite buzzy: 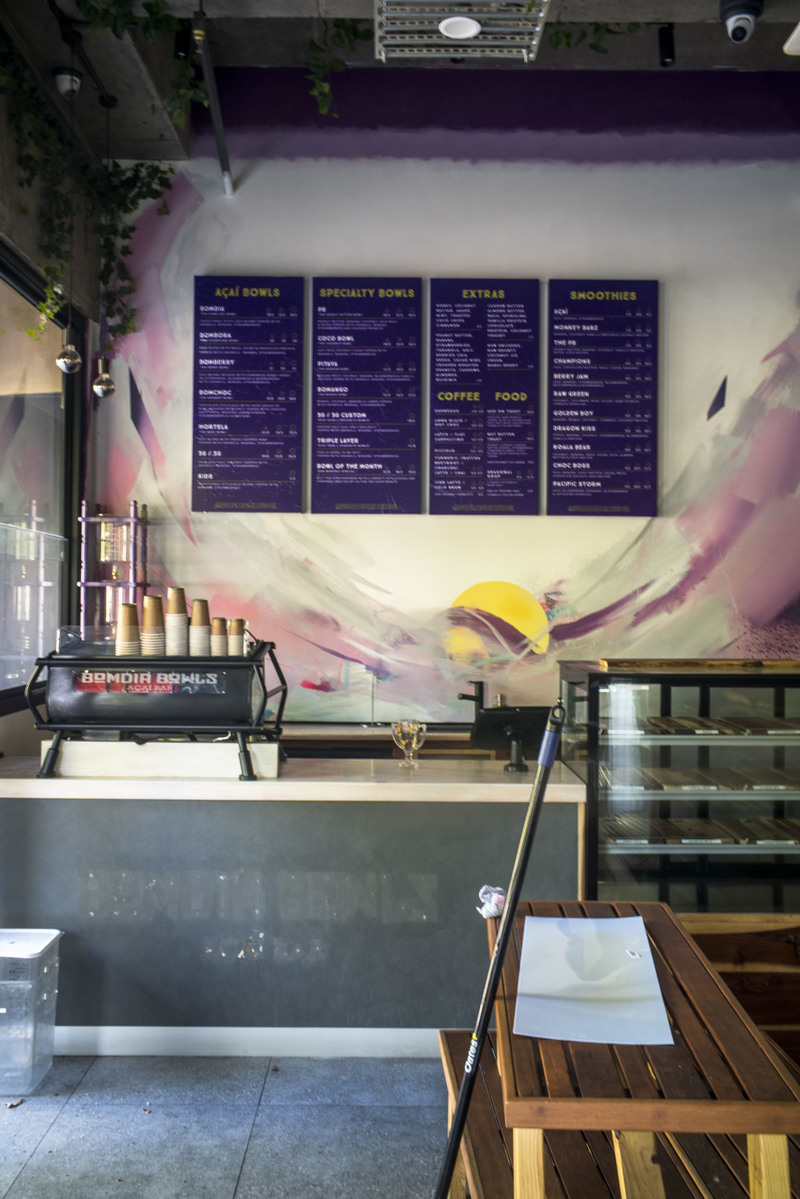 There were a lot of people sitting around in the square as it was a warm sunny spring day.  I would have thought this  mass would have kept the cafe open,  given that  there is  currently no Covid-19 community transmission in South Australia.

I spend a couple of hours walking the CBD -- just a playful, drifting aimlessly around (dérive ) in good Situationist fashion. The city was very quiet even though I was walking  between 11am and 1 pm -- ie., around lunch time.  Many of the cafes had gone, most of the restaurants in the Rundle St East strip were closed, and there were many empty spaces for rent in the CBD.  Some  of the fashion shops had gone and there was only the odd customer  in the ones that were open.  These are strange times compared to even this time.

The CBD was so quiet it was eerie and disquieting.   Maybe  people are still working from home, rather than going into the office each day?  Will things start to change when the state borders begin to open in a couple of months? International travel  is expected to resume then.

I decided to start use my newly renovated  silver  Leica M4 rangefinder with  black and white film  on the foray,  along with  my digital workhorse -- a  Sony A7R 111.  The M4 had been out of action  since 2009.  The camera strap broke,  the camera fell onto a concrete floor,  and the rangefinder mechanism was kaput. It could not be repaired in Australia. The M4's  rangefinder mechanism was replaced   replaced with a newline from an M6 by  by Leitz in Germany.  The M4  also had a  newish 35mm Summicron ASPH lens  that I'd recently acquired. (It  took me several years to save up for both the repair and lens!)

It was tentative steps using the Leica as I'm out of practice thinking in terms of black and white in an urban area. This  hesitancy  is  so different to the pre-digital era   when  the Leica M4  was  my walk around workhorse.

This was an empty space I came across in a side street off Grenfell St. Maybe this space  was facing Hyde St, which is  a side street that links  Grenfell and Pirie Streets near the western end of Hindmarsh Square: 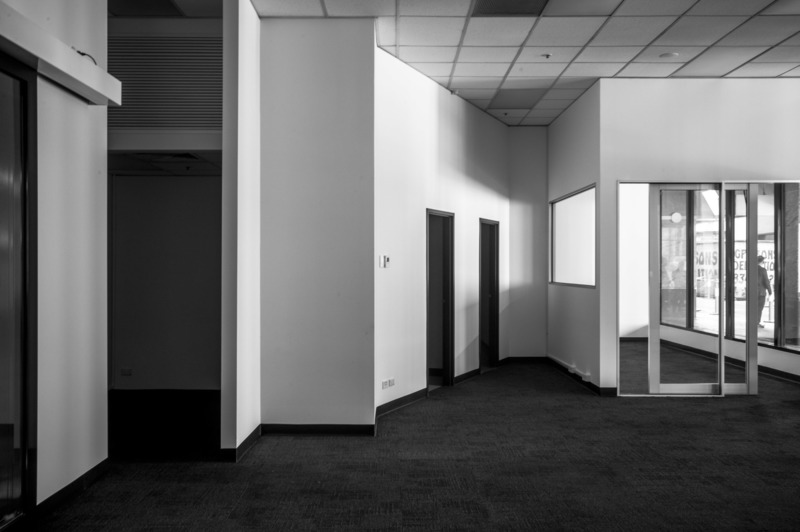 This  would not be an easy space  to lease during a pandemic. And there were just so many empty spaces.

This  foray to  the CBD was enough to convince me that the CBD had changed due to the Covid-19 pandemic  from when I knew it 4-5  years ago. I found the experience  depressing. Some people wore masks in the street, others didn't though  everyone wore them when inside shops. The mood of the city was one of an anxious wariness, with an uncertainty about the future. The Delta strain of Covid-19 will eventually arrive in Adelaide once the state borders are opened.  What then? The vaccination rates are still low in South Australia and they are projected to reach  80 per cent of the state's eligible population  in early December.

An empty restaurant in Rundle St East at lunch time: 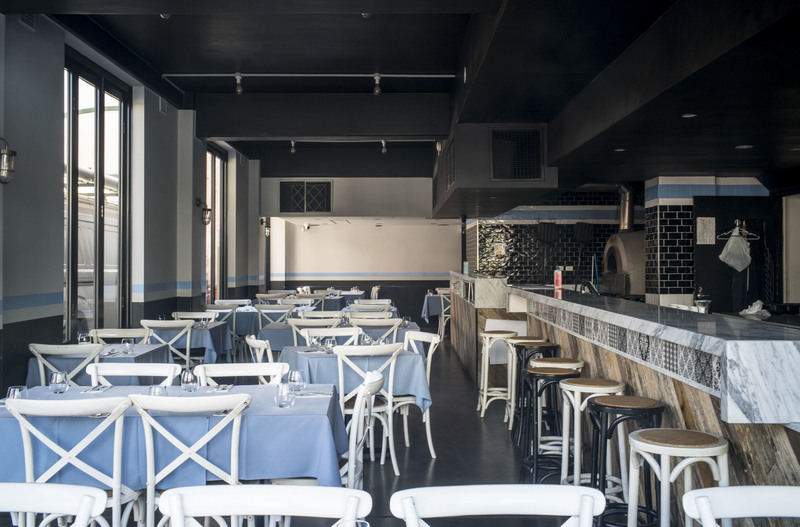 In reflecting  on this foray  as I drove back to Encounter Bay I thought that  it would be worthwhile  to return to the walking Adelaide  project.  This would require me to  making the trip to the CBD  a regular event.  Regular trips to  Adelaide in order to just walk the CBD  (ie., as a psychogeography),  will require some planning.  It  is  too much of a hassle driving all the way into the CBD from Encounter Bay.  The most realistic  option would be to  drive to Seaford  from Victor Harbor, catch the train to the CBD and spend the day walking the city, then catch the train back to Seaford at the end of the day.