I spent Wednesday in the week before Xmas walking the city and  taking photo  for several hours. I had parked the car near the Adelaide parklands and walked to the Adelaide Central Market.   After  a coffee in the  Central Market  I spent the next 4-5 hours  walking around  the north western side of the CBD,  starting at the nearby  Post Office Lane. 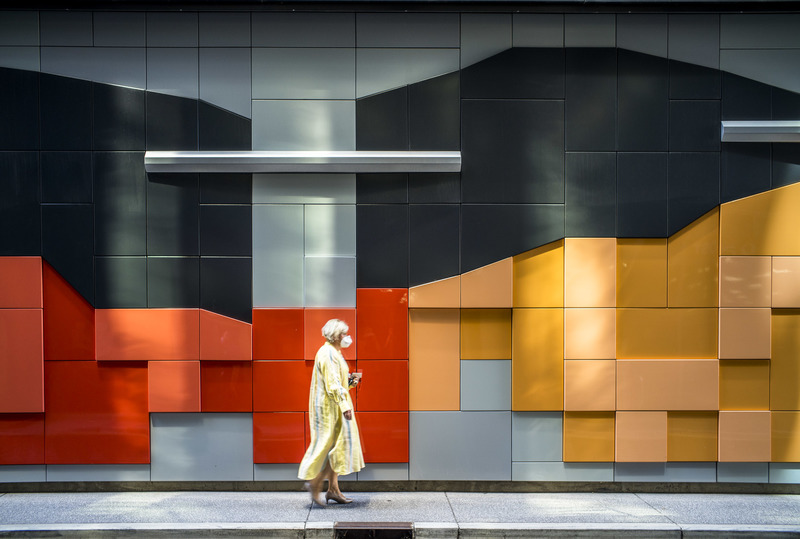 Then I wandered and photographed along  "Westpac Lane", which runs off Topham Mall, returning to old haunts to get my bearings. Some people were wearing masks on the street, most were using the QR codes on their phones and many  were keeping a safe distance. Though South Australia's closed borders had  meant that it was a zero Covid state, people were going about their business without the twinkle, shimmer and buzz of the approaching festive season. 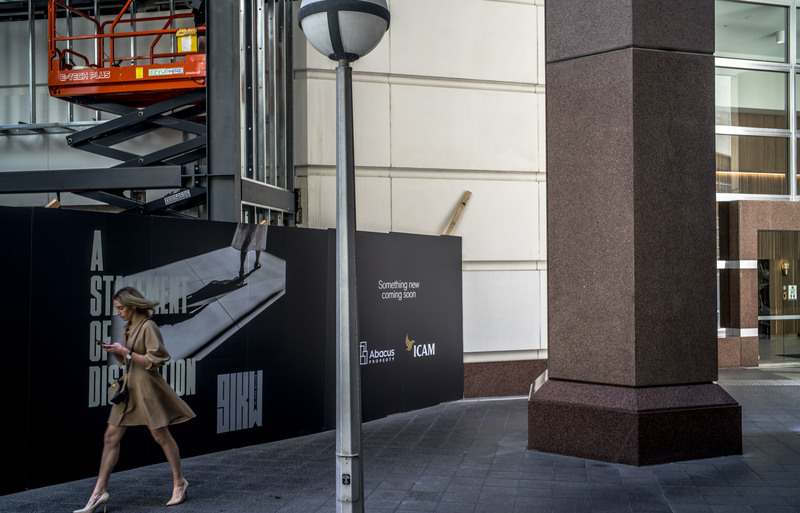 South Australia had just opened its state borders, the  Omicron variant was starting to circulate through Adelaide,   and the number of daily infections were starting to rapidly rise. The  public mood was sombre and wary.  Grim even.  This is such a contrast to this time in  2020, when  looked as if the near future would be one of hope: we had survived 2020, vaccinations were just around the corner and with that, the promise of no more lockdowns and a return to open borders.  Fortress Australia would be history.  In late December 2021 the Omicron variant of the virus is  everywhere, the federal government continues to be  missing in action, and the capacity of the  health system is being eroded with staff stand downs and resignations, ambulance ramping  and a blowout in waiting lists.

Once again I found the CBD  depressing  despite the people around lunchtime relaxing in groups outdoors over a drink.  Some  of  the shops along Hindley Street were closed, so were many of  the  bars, cafes and restaurants. No economic sector has been hit harder by Covid-19 than hospitality --- hotels, restaurants and pubs, but which bleeds into other areas, such as events, weddings, venues and live entertainment. The cafes and coffee shops on a consistent supply of commuters and office workers as do the increasingly empty retail shops.  The street traffic just isn't there. 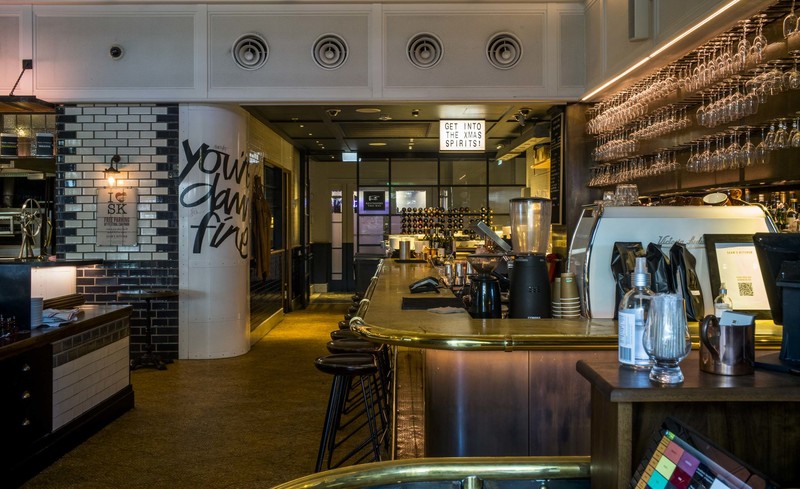 This is what living with the virus mean I thought. Businesses struggling to survive a pandemic. Many had  gone under due to the  public health restrictions and it looked as if  Xmas was  not going to save some of  the cafe's and restaurants.  Or the travel businesses. The federal government's position is  that individual Australians take personal responsibility for  the virus outbreaks, case numbers don't matter,  and that we are all going to get Covid.  This "let-it-rip" rhetoric, reinforced by businesses and a laissez-faire NSW, is hardly a sound basis for a public health strategy. Does personal responsibility in the context of  "let-it-rip" mean that  people  will be  left without access to healthcare and needing to sort out their own Covid care, as well as do their own contact tracing whilst sick with Covid-19? 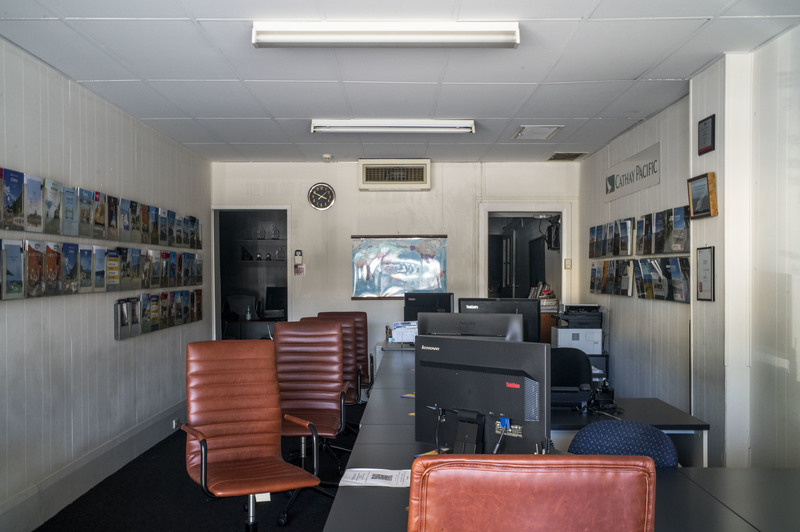 Xmas was the big promise with the 90 per cent vaccinations rates:--- no more going back to lockdowns. Things would be getting  back to normal: people could go to the cricket, travel, eat out,  mix,  go to night clubs and have fun.  The pandemic would become an endemic -- the normal circulation of a virus in a specified location over time. We’ll be able to stroll unplanned into a crowded pub and jostle our way to the bar. The simplest pleasure, to be among strangers without having to worry about the identity of each or the dangers they might pose, was  in the near  future. 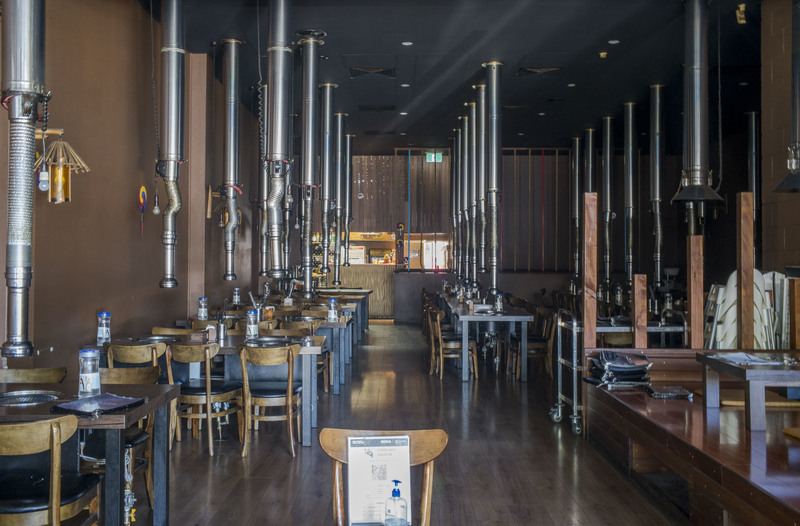 From what I could see walking around the city at lunchtime  the promise looked like falling flat -- the dying of the brightness.   The upbeat  rhetoric was over blown. Normality looked as if it  would  now mean  a shrunken world,  a new wariness towards the stranger, cancelled trips,   and the  costs and harms  of the pandemic becoming more invisible,  such as long Covid.
In  the long run it looks as though  a low level of Covid-19 will be a permanent feature of our  world,  and it is possible there will be more effective vaccines.   Mutations which avoid the current vaccines also seem likely  and  everyone will need a regular  vaccine boosters (ie., annual or even more frequently). The  changes to our behaviour brought about by the pandemic—increased home working, more online shopping, growing online provision of essential services -- look as if they  will stay.