Most of the  new development in Adelaide's CBD  since the recession caused by the 2007-8 global financial crisis has been apartment towers. All Australia’s state capitals have seen versions of this  phenomenon,  but the pace and scale of change in Adelaide is  much less than it has been in Melbourne's Docklands or in the inner west of Sydney.

The exception to the apartment boom are the new buildings along the  western side of North Terrace--that is the expansion of the Convention Centre and the new health and biomedical precinct around and down from the Morphett Street Bridge . The latter consists of the new Royal Adelaide Hospital, the South Australian Health and Medical Research Institute, (SAHMRI), the Health Innovation Building (University of South Australia), and the Adelaide Medical and Nursing Schools (University of Adelaide). 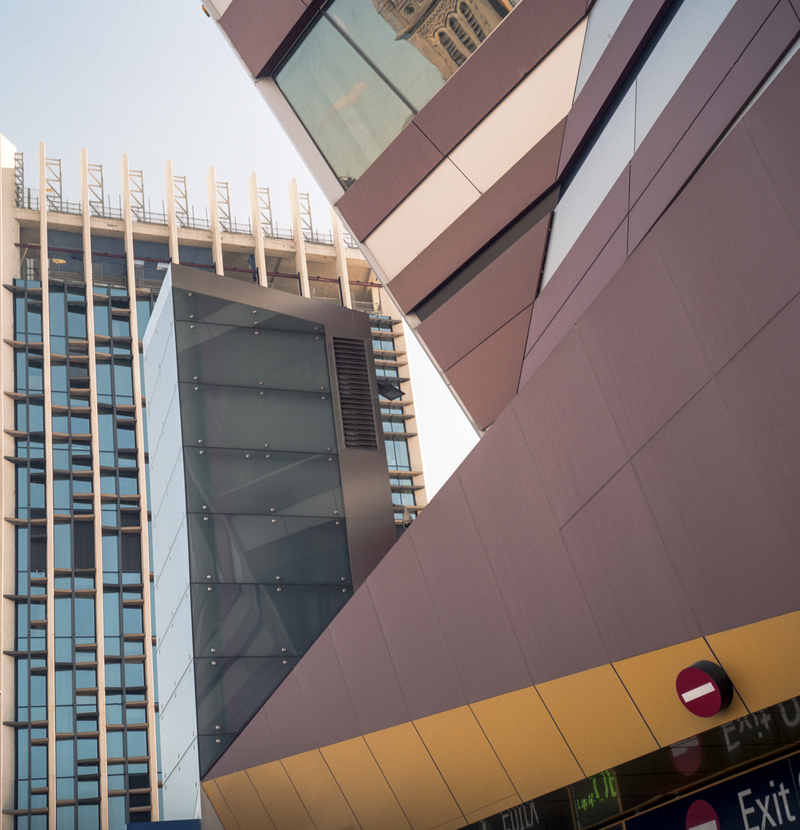 The CBD has been rapidly changing since we left living in the CBD in 2015. We just saw the start of the redevelopment  prior to leaving to living on the coast. We had a sense of Adelaide being between its  decaying industrial past  with its rust-belt imagery (eg. of Whyalla) and a high tech driven future. The promise was one of revitalisation of a moribund urban life with its underperforming public school system,  chronic public-sector management woes and pockets of intense outer suburban  poverty.

What has emerged is a  health and life sciences cluster that forms a health or biomedical precinct that is research based and will have  a myriad of spin-offs for the city based on a closer association between industry and academia. That is the promise.

The redevelopment  is an indication of how Adelaide  is becoming a post-industrial city, which is  when the service sector generates more wealth than the manufacturing sector of the economy. There is an increasing emphasis on advanced  technologies, the importance of information in social life,  and maintaining a  competitive edge in a globalised world.

So when does the post-industrial  end and become something new?