I found the empty streets in the CBD disconcerting,  when I was walking around them in the early morning on the weekends.  This was the reality of an industrial society: a stumbling around amongst the nineteenth century architecture didn't result in  me  coming across a diversity of  random people.  I rarely  saw another person. 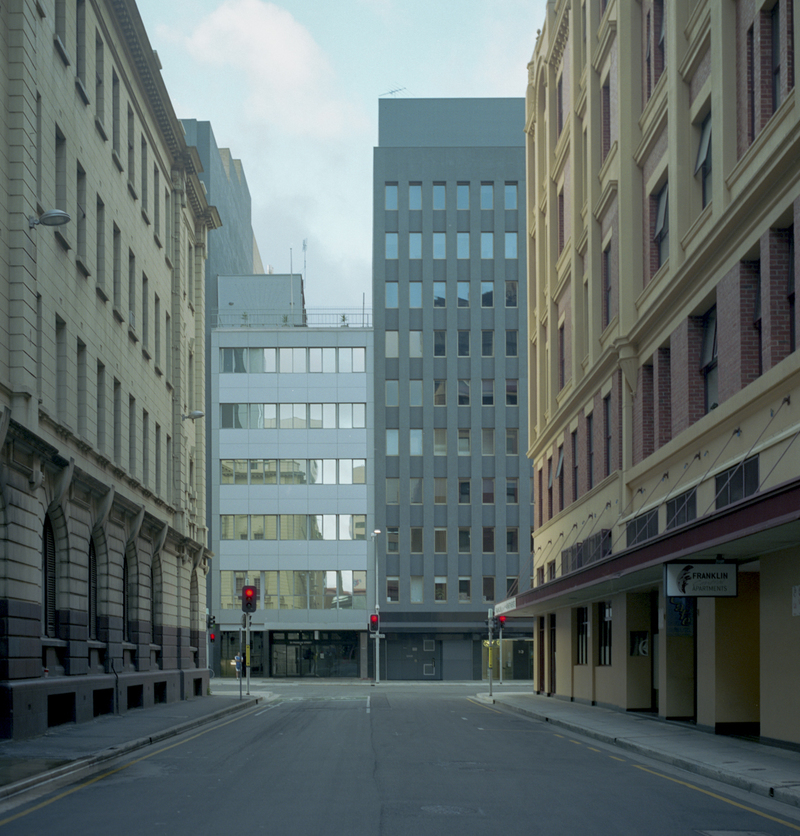 There was a sense of melancholy on the streets.   A desire for an urban life that wasn't there.  I was living in an industrial  city that wasn't really a city because of the lack of people. They were all in the suburbs.  It was eerie. The promise was that people would come with the transition to the post-industrial  society.

Th internet signifies the shift to a  postindustrial society.  It's various platforms have  facilitated communication for sure and it is possible to access far more inspirational material for free than ever before without  having to leave Adelaide to go to a bigger city  in order to meet up with fellow art  photographers,  or find  to out the photography exhibitions as I did in the industrial city.  The post-industrial city is  a networked world now and the digital revolution is profoundly reshaping our economy and society.

The  dominant narrative is  that it’s a technology that liberates, informs and empowers people. Everybody with internet access can publish and participate online.  However, this digital technology comes at a cost--what Silicon Valley calls disruption of the old. That refers to technology-wrought destruction.   The classic example, of course,  is  Rochester, New York, the city that was once the company town of Eastman Kodak, the analogue giant that was destroyed by digital technology. Kodak once employed 145,000 people worldwide. What Keen finds in Rochester is not only a Detroit-style ghost town, but also 55,000 former employees whose pensions have vanished in a puff of bankruptcy.

Secondly,  the reality of  the internet's “culture of free”  promise with respect to the creative and media industries is that,  since there’s no exchange of cash for the  article,  photograph,  book, or song, then there's no way  for creatives to make money. The internet's promise is don’t worry, it’s a young medium, something will emerge in a digital culture  for creatives. But nothing has yet.

Nor is it likely to,given that the  digital revolution  is producing fabulous wealth for the owners of capital,such as  Google, Facebook, Apple, Amazon, who  are the masters of the digital universe.