The empty retail shops in the CBD of Adelaide are quite noticeable when  I walk around  the city on my visits from Encounter Bay these days.  I interpret them as one  of the signs of the difficult economic times associated with Adelaide's  slow transition  from being an industrial to a post-industrial city.  This is still a city undergoing de-industrialization,  with a stagnant population,  high poverty and unemployment rates and increased homelessness. 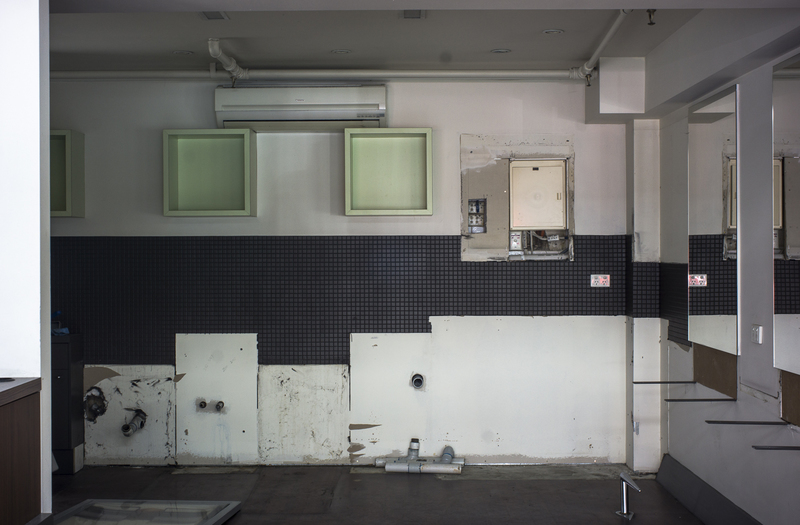 I accept that I cannot  now photograph the CBD as I used to when I lived in the city and I walked the standard poodles  in the early morning and late afternoon.   As the low key commute  involves an hours drive to Adelaide  from Encounter Bay on the southern Fleurieu Peninsula coast,  so I have to accept whatever light there is  when  I walk and photograph the city during the day.
Sometimes the facades of the derelict  shops are misleading. What looks to be neglected  and empty  can sometimes contain  an office with rows  of computers. I just saw a brief glimpse of this when the door of this building was briefly opened. 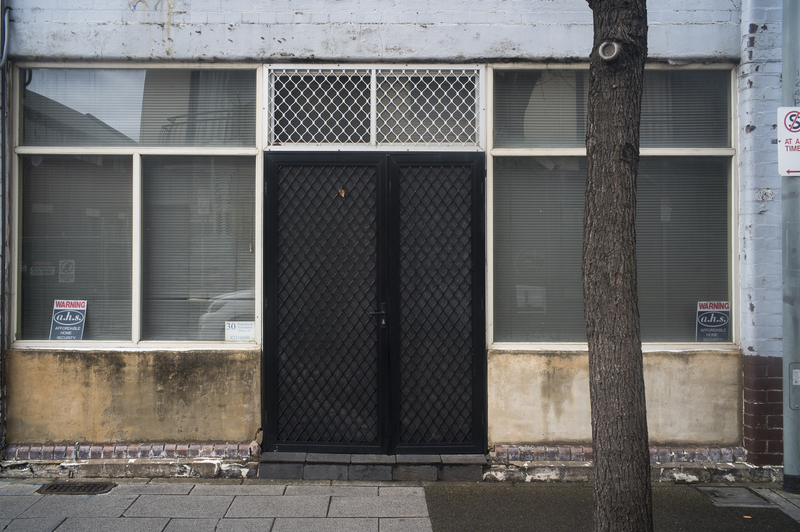 This  building at 30  Compton St in the Central Market precinct  used to be an  office  for the housewives association when I was  living in Sturt St in the CBD.  It had been empty and unused for a  long time.  Now it looked as if it houses a digital office  for advertising, marketing, publicity, computer programming   or maybe even game development.  Who knows.
However, this  is a small  indication  of the way that a rust belt Adelaide is becoming  a post-industrial city with its increased emphasis on technologies and the importance of information.  The imagery  associated with the  branding of a post-industrial Adelaide reborn through renewable energy,  a high-tech economy, and bio-medical centres is attractive;  but many of the blue collar workers  from the now closed Holden car plant at Elizabeth  will be left out of this post-Fordist future.