This picture was made whilst I was on a recent visit to Elizabeth for the opening of Eric Algra's photographic exhibition This is Our Town.   Elizabeth is a town that is struggling to come to grips with the  closure of General Motors  Holden car plant in October 2017; an event that   ended more than a century of car manufacturing in Australia.

The recent  Holden commemorative  mural on  the wall of  the shopping centre ---Elizabeth City Centre--remembers the past as the town confronts the fallout  from  the 12,000 job losses in the northern suburbs from  the  ripple effect in the supply chain of the  component suppliers, and  the  range of logistics companies as they close down. 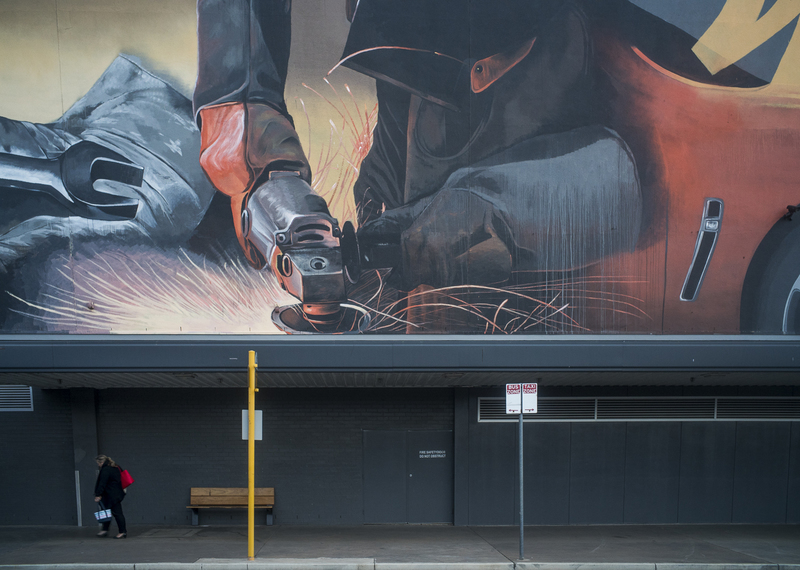 The Holden plant closure represents  the end of  the old style nation building centred around industrialisation and manufacturing.  Elizabeth was a  planned community with  a utopian vision for how modern life based around  steady job and money, happy workers,  orderly streets,  stable families and a pleasant place to live.  It was a car city that championed the car. It was a city going places.

Elizabeth City Centre is a vast shopping centre and some of the small businesses  looked to be struggling as the economic complexity and skill base is reduced with the hollowing out of manufacturing from the rapid de-industrialization. 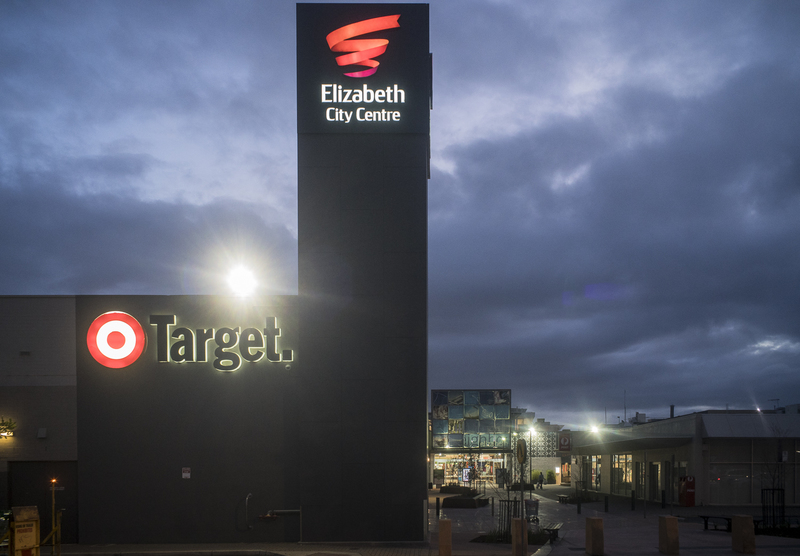 Elizabeth now has high unemployment, businesses are closing down and working class people are having to rely on emergency assistance in the form of  (groceries and meals,) food hampers plus assistance with rent, assistance with bills from the St Vincent de Paul Society and AnglicareSA. Presumably, there are also high levels of anxiety and stress as a result of the money drying up.   Is this a Detroit future: one of social blight that is allowed to set in over years or decades,  and then the poor,  post-industrial neighbourhoods suddenly get ‘rediscovered’ for their ‘grit’.

There are career counselling, interview training and  retraining programmes  but what are the employees who have lost their jobs being retrained for? Where are the new industries? Will they be retrained as  security guards, as happened with the closure of Mitsubishi in Tonsley Park in 2008?

What is the post-industrial future? The promise is that  the car industry will remerge in Holden's large factory site at Elizabeth in the form of electric, autonomous vehicles or building battery storage.   What happened to the idea of an economy driven by start-up culture, small design firms and  tech start-ups emerging from digital hubs? 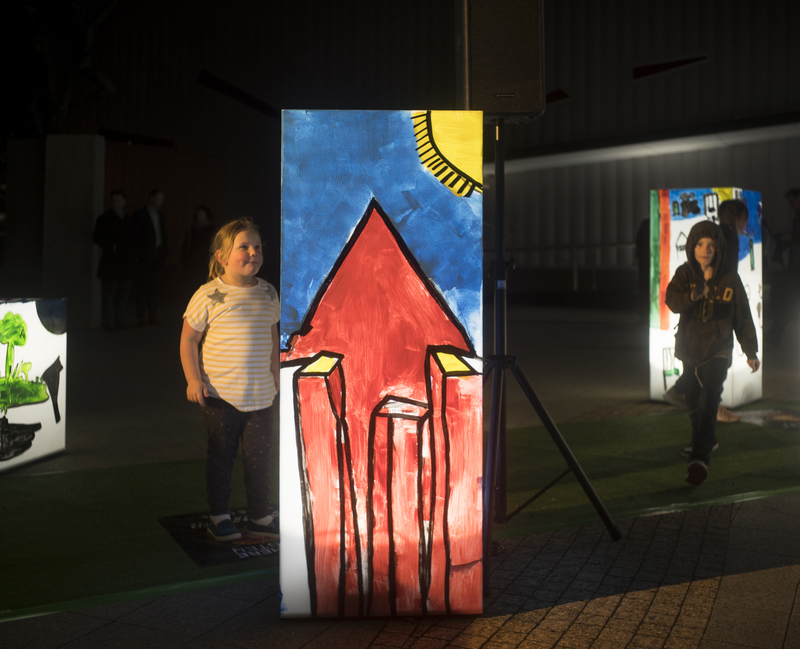 Gay Smallwood-Smith,  the Deputy Mayor  of the City of Playford, did talk extensively about creativity and art as a central part of Elizabeth's  vibrant cultural future when launching the Squared-Eye installation,  but there is adequate performing arts space in Elizabeth.  There is no designated exhibition/gallery space to hold larger visual art exhibitions and touring exhibitions--Eric's exhibition was in the foyer of the Civic Centre--and  no  community studio space where a number of artists could work in residence, conduct workshops and hold group and solo exhibitions. 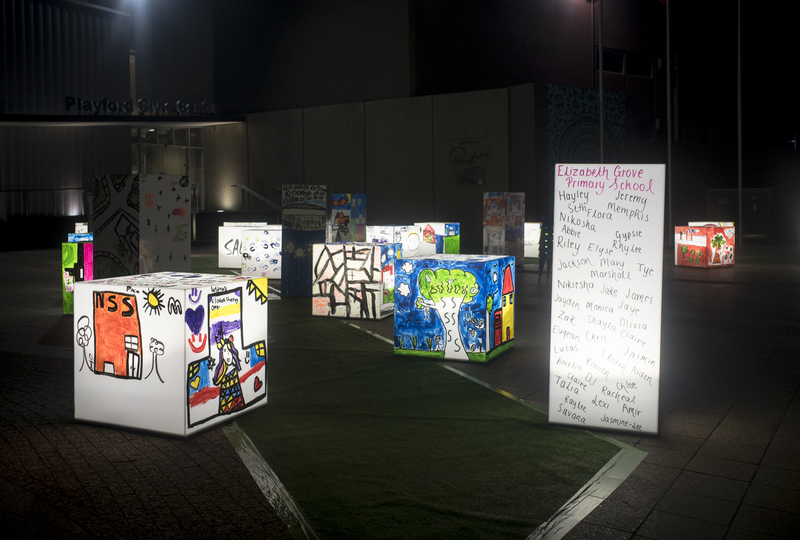 It would appear that, historically,   arts and culture have not been  highly valued by Council. The preference is for a 6 story car park.