I've realized whilst  constructing  the  Walking Adelaide demo website on the Square Space  publishing platform that this  is going to take me quite some time. Realistically,  I will need all of the six months allowed by the demo to construct  a skeleton of the project that would be ready to go public.

Whilst  working on  building the demo website  I remembered  that I'd  walked around more than Adelaide's car-centric  CBD. I  had spent a lot of time walking the edgelands in, and around,  the Port Adelaide precinct in the 1980s. This  example is from the archives: 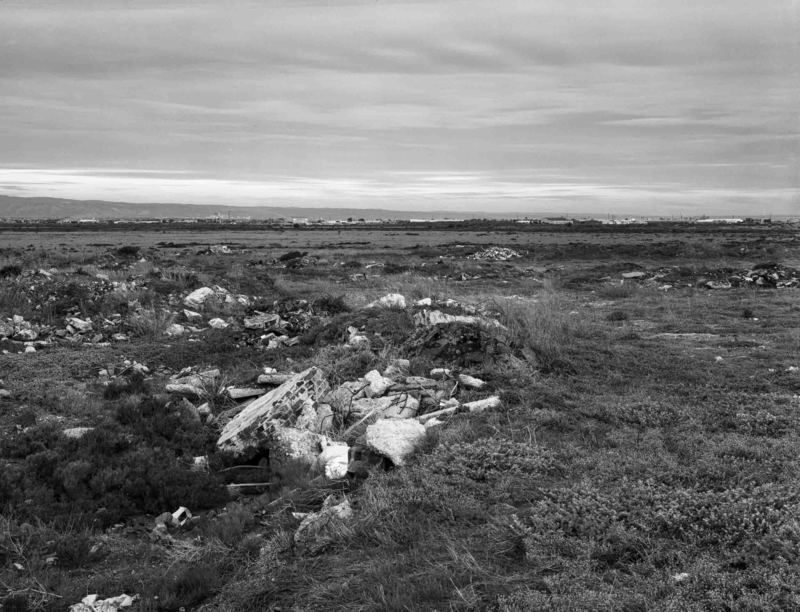 The picture was made on the Grand Trunkway  near  the Torrens Island power station.  We are looking north east  towards the Adelaide hills. What appeared to be wetlands  was being used as, or had become,  an industrial wasteland.  It is a  good example of edgelands in 1980s  industrial Adelaide.

The picture  below is near  the eastern  end of the Port River Estuary. The  bridge for the railway from Adelaide to Port River is in the  background.  My  photographic interest in the walking around  the Port River estuary in  the 1980s was topographics and edgelands. Topographics  was not  a popular approach to photography in Australia then, whilst edgelands was not a common subject matter for photographers in the 1980s.  This type of photography was not culturally significant during the postmodernist decade whilst traditional documentary photography was held to be no longer credible. 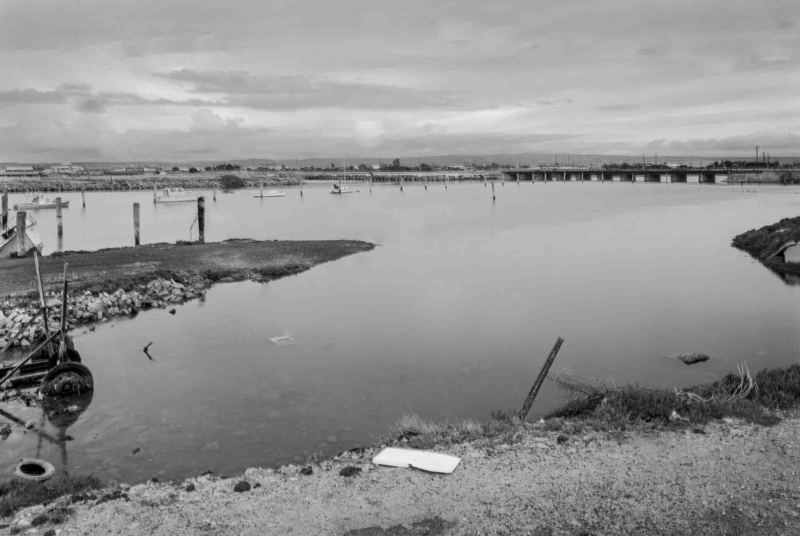 I recall that I would often park the car opposite the Torrens Island power station then walk along the Port River estuary carrying  the large format camera until I came to a fence that marked the end of public space and the beginning of  corporate private property. The standard poodles would come with  me on this walking the Port River,  as it was far more walkable than the CBD. Adelaide as a city was developed primarily in the 20th century under a car-centric planning model.

These archival, analogue photos  exemplify those accounts of photography that hold it  is a retrospective medium, charged  with looking back—with history, memory and nostalgia. Even though we are viewing an arrangement of pixels on a screen  this archival photography offers a co-presence with the past ---what Roland Barthes in  Camera Lucida termed ‘that- has-been’ tense of photography.  A photograph records the time at which reflected light strikes the film, and is thus both an indexical trace of the object and a certified document of time itself.

Postmodernism evaporated by 9/11 and the culture of photography changed with digital technology. Photography is  processed through machine learning as  data, is  assembled by algorithms,  with  the picture becomes a circulating networked image in social media.

I cannot currently  post more  of the  archival,  large format photography of the edgelands around Port Adelaide.  My  2009  Mac Pro has died and I am waiting for the Mac Studio (an MI Max) to arrive in Adelaide.  I am currently without a  pro-computer  and I'm unable to scan large format negatives.  The exposed film in the double dark slides currently sits in the fridge.