This is one of the last images that I made with a large format view camera (a 5x7 monorail) before I left living in Sturt St in Adelaide's CBD  to move down to Encounter Bay on the coast on the coast of the southern Fleurieu  Peninsula. The  photo was made early on a  Sunday morning in the late autumn.   Hence the empty streets.

It is of Wakefield House  in Wakefield Street just east of Victoria Square.  I do not think that it is heritage listed.  Wakefield House  is  a heavy, concrete modernist building that would have had a utopian feel to it when it was first built and celebrated.   This building represents the future.  It stood for  modern,  industrial  Adelaide. Today, my personal impressions is  that the building has a historical,  almost brutal look. 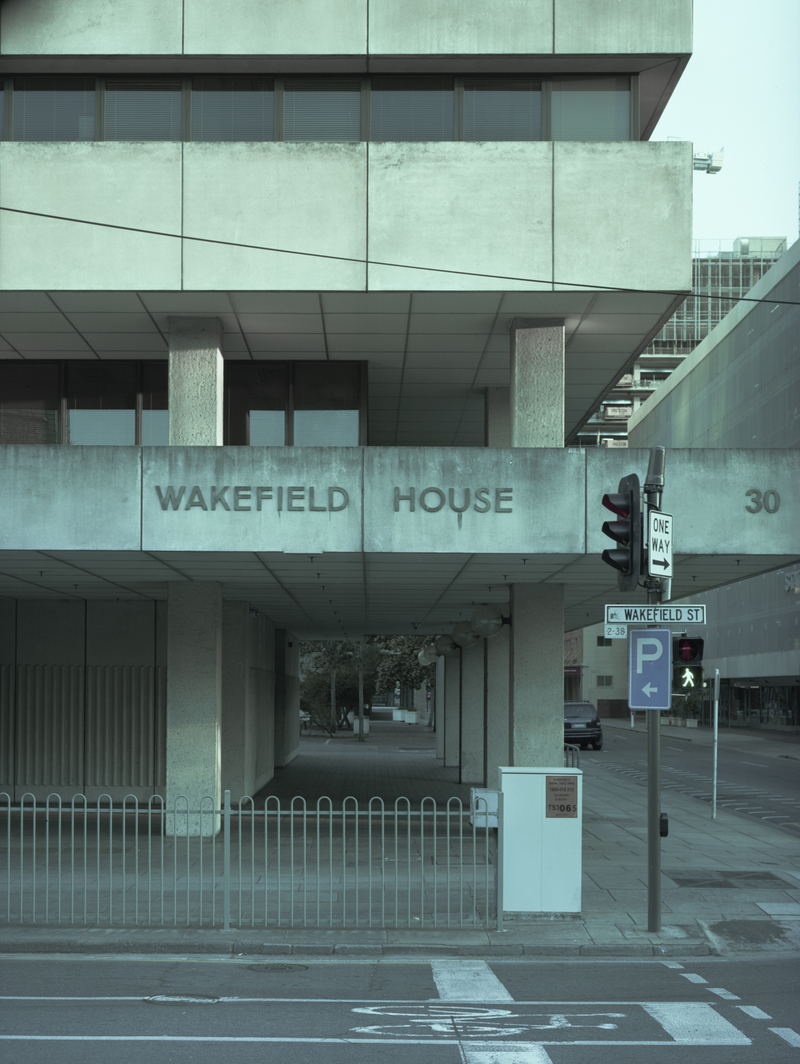 There are  a number of such brutalist buildings in Adelaide from the 1960s/1970s.

Photography is now dominant in the making, promotion and experience of architecture and it is the principal medium through which architecture is experienced by us. The photos of architectural photography  are designed to show us idealised spaces. The  photographer  acts as a publicist and it is a form of marketing. This approach  acts to exclude the documentary approach of say an  Eugène Atget in Paris  or a Bernice Abbott in New York.

This photogenic architectural photography  is idealised in the sense that architecture is usually  photographed and presented under certain conditions:

Traditionally,   a modernist  architecture photography --eg., Max Dupain and Wolfgang Sievers in Australia--  is one that is removed from everyday life with the building  treated in terms of the purity of the form. There are no weeds or distracting objects  in these photos.