Prior to mid twenthieth century  modernism Adelaide was a planned city of red brick and sandstone within a self-contained rectilinear grid   encircled by parks and green space, never to be built upon,  with its discrete zoning of dwelling, work, transportation and recreation.   It was  Colin Hassell and John Morphett  who  rejected the established classical/gothic revival architectural order in early 20th century Adelaide.

The modernist ethos was to make a modern world, to sweep away the old and, out of chaos, build stability. Concrete was the  stuff of dreams of a progressive, dynamic cosmopolitanism.  Adelaide did not experience the modernist  Brutalist style of building  deployed to satisfy the urgent demand for cost-effective post-war housing on a mass scale that was  frequently associated with socialist utopian ideals, and dreams of collective living.

One of the themes that I explored off and on when I was living in Adelaide's CBD was the modernist architecture from the 1960s and 1970s. These pictures are of the backs of those  overlooked "form follows function" buildings along  Pirie St which  survived the mindless razing of so much of Adelaide's built heritage from the 1960s to 1980s: 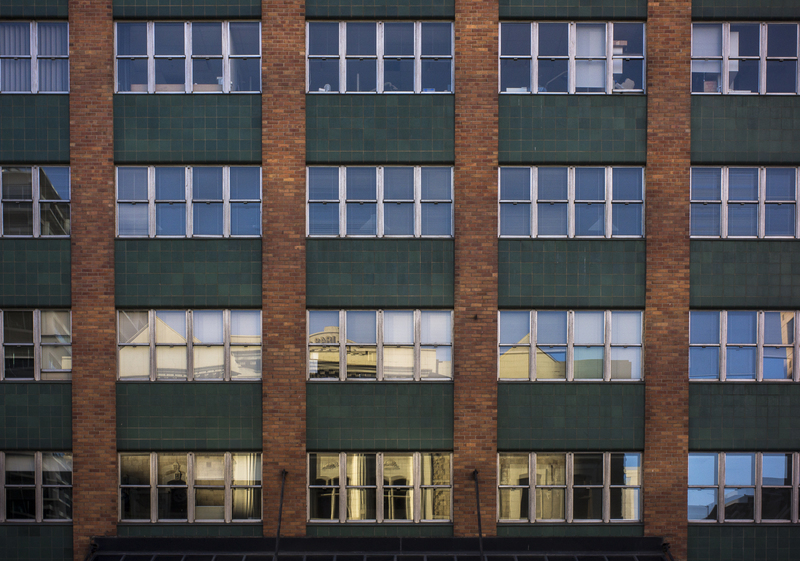 Many of the modernist  buildings that are gathered together in the Victoria Square precinct are of the 1970s butalist  genre, such as the Department for Education's headquarters on Flinders Street and  Wakefield House opposite St Francis Xavier's Cathedral. Whilst photographing these kind of buildings I realised the  importance of light to architecture and how it can transform a building completely, both inside and out. This is especially the case with the roughly textured béton brut  buildings.

Under the strong (harsh?)  Australian sunlight the roughly textured béton brut concrete tends to gleam translucent, flattening into stark geometric planes which reveal themselves in the stark contrasts of light and shadow.

An  example of this aspect of Adelaide's modernist heritage in the flat light of the open shadow: 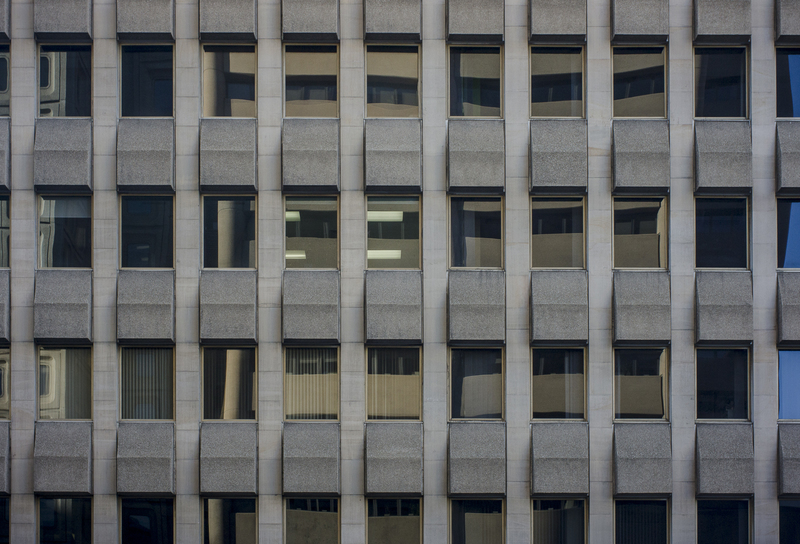 Concrete's geometric patterns, which can gleam in the bright Australian summer sun,  look quite dark and heavy (oppressive?)  under the leaden skies of a grey winters day. Then these commercial building can appear to be inhuman.

I worked in one of Frank Colin Hassell designed concrete  1960's buildings  when I was doing my PhD at Flinders University fo South Australia. It was the Humanities building. It along with the science,  student and  administrative a RAIA SA Chapter Award of Merit in 1968. I was only too aware of the design failings --poor insulation and a disastrous heating/cooling  system being particular issues. The rooms were hot boxes during the summer, freezing in winter. 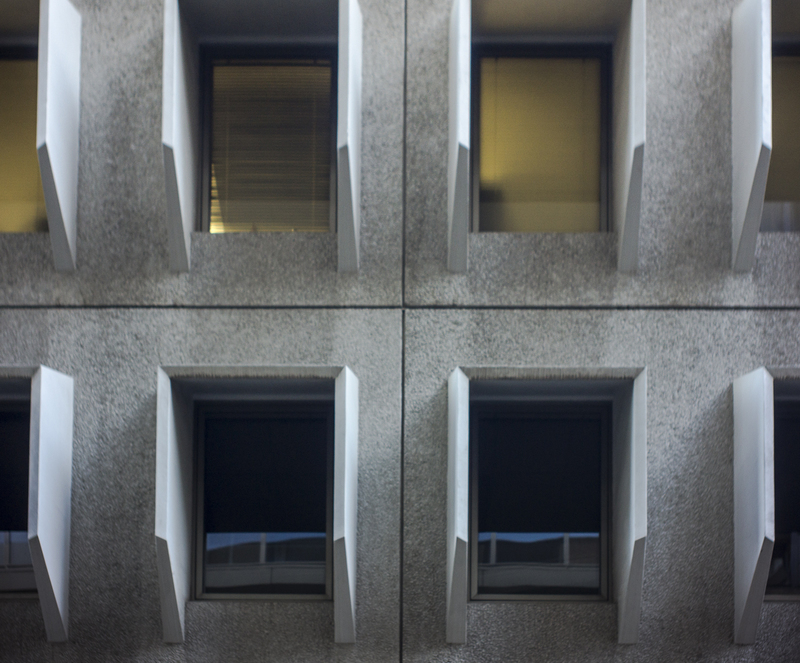 This experience meant that I came to loathe brutalist architecture. Those midcentury glass-box office tower are  a serious energy hog. There is no thermal sink, such as traditional masonry construction affords, to moderate the effects of temperature change over the course of the day. The box just fries in the sun and freezes in the cold. Modernist construction is typically a matter of reduced up-front construction costs and elevated maintenance costs.

It was only when I lived in the CBD and started photograph around the city that I started to see these buildings  differently. Those midcentury glass boxes really did signal a new epoch.